EPISODE 2: WHY ARE STORIES SO IMPORTANT?

According to my first hit on google: Stories are universal, conveying meaning and purpose that help us understand ourselves better and find commonality with others. Thanks, TCK Publishing. I must say I agree. But I want to dig a little deeper. I want to try and define, for myself, what I believe is so important about our job as story collectors, performers and tellers.

An animals’ knowledge is written in their DNA. Birds just know they fly, and fish, they swim. But when humankind graduated from these limbic brains to our thinking brains, our purpose was no longer merely reproduction. We used these new, improved, memory-storing brains to justify our very existence. Creation stories differ the world over and what you believe, generally stems from where you were born. From an entity called God creating the earth in six days and resting on the seventh. To Rangi and Papa being separated by their children and creating earthmother and skyfather.

Or, my personal favourite – the powerful Odin and his brothers constructing the earth from the corpse of Ymir. The oceans from his blood, the soil from his skin and muscles, vegetation from his hair, clouds from his brains and sky from his skull.

These stories were not the thoughts of one person. Now we could communicate, collaborate – and elaborate. Imagine the following scene. A – ‘Wow, that round thing rolls.’ B – ‘Yeah, so does this one.’ C – ‘Maybe if we cut a hole in them and put a stick through, we could eventually turn it into some form of transport?’ D – ‘Great idea, Axle!’

In my career as an actor I have played a monkey, a shearer, a dominatrix, a rugby player, an angel, a man, a check-out chick, a scientist, a spider, a sheep (animals feature heavily) a fairy, a duchess (twice), a king’s fool. To name but a few. Of course, I researched these characters – well, enough to make them believable within the play (I hope). Sometimes it was easy enough – visit a zoo or a brothel. But sometimes I had to resort to historical text. Stories written before I arrived on earth. Like, factual accounts of the role of the jester in the medieval English court. So, it occurs to me ‘the importance of stories’, is that they allow human beings to store and build on knowledge. Like a living breathing history that grows through the contributions of successive generations. We are the only animals on earth that have this ability. 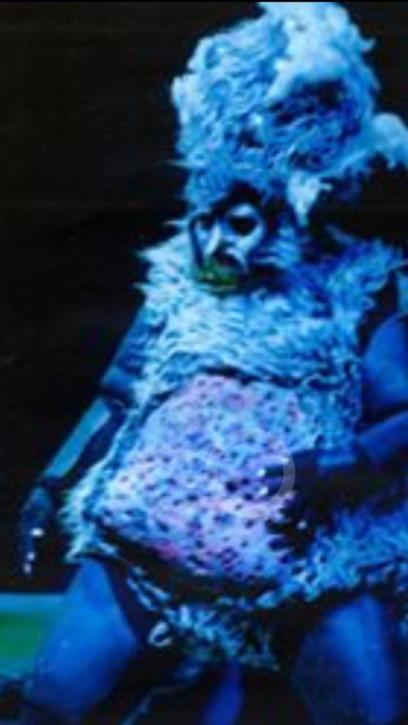 Of course, stories have only recently developed in written form. Cultures with oral traditions still pass on important information from generation to generation though story and song. This information can be lifesaving. Where food and water appear in an unforgiving desert. What type of vegetation is edible and what is poisonous – or even which have healing properties. When to plant certain crops and how to harvest them. But there are also stories with hidden meanings. In medieval Europe, warnings for children were wrapped up in cautionary stories called folk lore. 18th century romanticism revived an interest in traditional folktales.

The German born, Grimm brothers capitalised on this by touring the countryside, collecting local fairy tales and recording them in volumes of stories for children. Unfortunately, it is widely speculated that they also had a habit of changing the evil male characters of these stories to female villains.

Thus, encouraging children to become more suspicious of women, than the original target – the evil step-father. Cinderella, Snow White and the Seven Dwarves and Hansel and Gretel are still popular in western society hundreds of years later – all of them starring females not to be trusted.

Old wives’ tales are passed down from generation to generation also generally down the female line. My half Irish grandmother taught us how to predict the gender of my pregnant sister’s baby by plucking a hair from my sister’s head, threading it through a gold ring and holding it over the pulse in her wrist. If it turns around in a circle it will be a girl. A diagonal swing signifies a male child. Sure enough, as the circle predicted, my niece, Kate, was born a couple of months later.

Stories collate our histories. Reassure our identities. Give us the ability to grow our knowledge. Remember that time that a world-wide pandemic called COVID-19 swept our globe, killing hundreds of thousands of people and causing unforeseen stress on the economy from which it could take decades to recover? Chances are, since it’s taking place right now, you do. But do you remember another nasty little virus nicknamed the Spanish Flu, that killed an estimated 50 – 100 million people over the course of two years? Chances are, you also know this. Because even though it happened 100 years ago it was widely reported at the time.

These stories about previous experiences with a killer virus, meant we were much more prepared in 2020. We knew to close schools, shops and places where people convene because of one community in Bristol Bay, Alaska, that shut off access to their village and banned public gatherings in 1918.

It became the only place in the world to escape the Spanish Flu, unscathed. But stories are not always true. ‘The Spanish Flu’ is rumoured to have begun in New York. It was attributed to Spain because they were neutral in WW1 and could report their deaths without any ‘other side’ thinking they were weakened by the plague.

Stories make us individuals, and even though we take comfort in shared experiences, no story is the same. When we ask our audiences for their stories during Playback shows, we handle these with the care and respect they are due.

Without your stories, there would be no show. SO please, when we are finally safe to perform again, share a story with us.