EPISODE FIVE – UP CLOSE AND PERSONAL WITH THE GANG #3

When I first saw Danny, I noticed, yes, that he was very tall (he gets that a lot), but more that he was incredibly fluid in his movement. It was no surprise to later learn that he was a classically trained mime artist. His body just seemed to do whatever asked of it, following the most direct route and without hesitation. This is something to envy when one stands only 164cm tall and suffers from arthritis.

The next thing that struck me about Danny was his kindness. He welcomed me into the company with his big smile.

He is often jovial and warm and has an extremely funny naive clown that made me laugh so hard one day that I totally stopped participating in the exercise we were doing, just to watch him, like a delighted child.

A clown who was half-acrobat and half-silent-comedian came to my primary school and I was delighted by him. Watching The Goodies was also a huge inspiration as was watching Australian Theatresports on TV. I had a Theatresports-themed birthday party when about 9 years old and my brother and I wrote the guidelines of all the games and used them with my friends.

2 – How does improv help you in your day to day life?

Often. It has helped me a lot in the times I’ve worked as a teacher. It has made me able to respond when students are particularly excited about something, and make it the centre of a lesson but then find ways to weave in the other things they need to learn. I think it has also helped me listen to my kids and be more playful as a dad.

3 – How are you using your creative juices during the COVID19 restrictions?

I am slowly making some comedy video material. It involves responding to problems and questions that the audience send in. My panel of “experts” (all me) respond with life advice.

4 – What was your most terrifying moment on stage?

I was in a comedy by Aristophanes in my twenties in Canberra that makes my queasy to think about.

A large cast of actors were taken through weeks of theatre exercises by the two directors and very little time was given to working on the actual play.

I played a powerful antagonist and was given a gimmicky “funny” costume to wear which diminished my already weak grasp of the character.

5 – What was your most memorable moment on stage?

No one stands out. But I remember a lovely improvised scene performed with Melbourne Playback at an event in Sydney, opposite Rachael (now our Artistic Director). It was a story told by a home-sick English woman. She dwelt on lust and attraction and the colourful language of her friends back home. I played a man romancing the main-character. The scene involved wordplay of filthy yet poetic language. 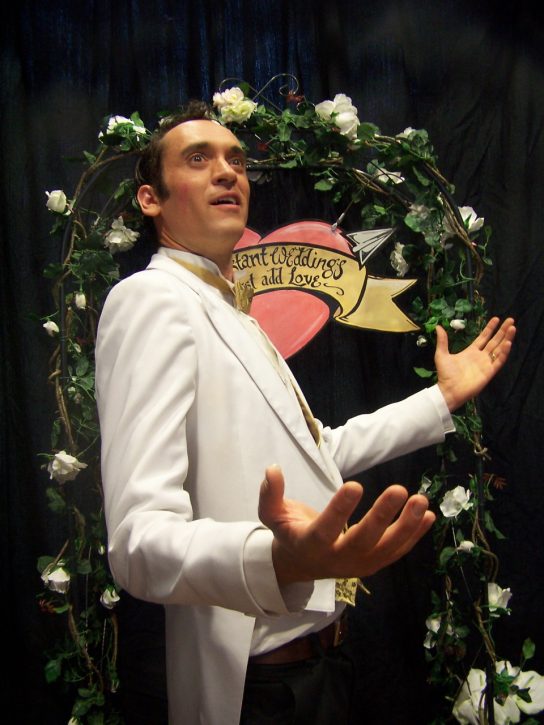 6 – If you could play any historical character, who would it be and why?

Jack Mundey would be an honour to play, a man I see as both heroic and very relatable. He had a wide vision and left valuable legacy. He had an unaffected charisma and united widely different people.

He combined being practical with being compassionate. I also like the sideburns he sported back in the 70’s.

The struggles he championed are extremely relevant right now as parts of our cities become smothered in freeways and concrete blocks, while in other places people succeed in preserving greener and more human spaces.

7 – What is the surprising upside of the pandemic for you?

Slowing down. I had the chance to experiment with video which I don’t usually use.

8 – In your opinion, what makes a good story?

9 – Do you have any pre-performance must do’s or superstitions?

It must be both slow and fast. Stretching and humming and also running about fast. I need a game that gets me to forget about myself too, by being playing and having fun.

10 – If you could thank someone who helped you in your early career – who would it be and why?

Lorena Param, my school drama teacher at Dickson College. She was patient, warm-hearted encouraging, open-minded to quirky ideas, a good director who pushed me too.

11 – What do you miss the most about not performing during the COVID19 restrictions?

The moments in live theatre when a performance clearly hits the audience’s funny bone. Or they visibly empathise with a character.

12 – Who would you want to play you in the story of your life?

Either Grover (my life in Muppet musical form would be entertaining) or Daniel Craig because I’m not much of a tough cookie unlike many of his roles. There’s nothing like seeing an actor playing against type.